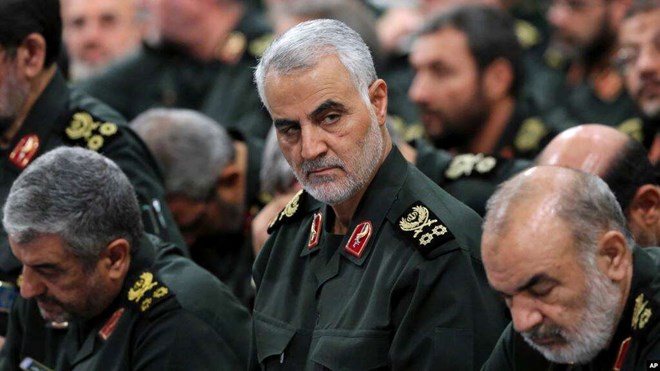 Bagdad,January 5,2019(Haatufonline)-Weeks before General Qassem Sulaimani was killed by US drone near Bagdad airport early morning Friday,he was plotting a military coup to topple the current Iraqi care taker government of prime minister Adel Abdulmahdi with the aim of replacing it with a puppet regime completely dependent on Iran,

According to a security expert in the region,the Iranian General was worried that the anti-government demonstrations which have been going on in all Iraqi cities for the last 4 months protesting Iran’s stifling influence in the country might lead to the emergence of an independent-minded government from upcoming elections.