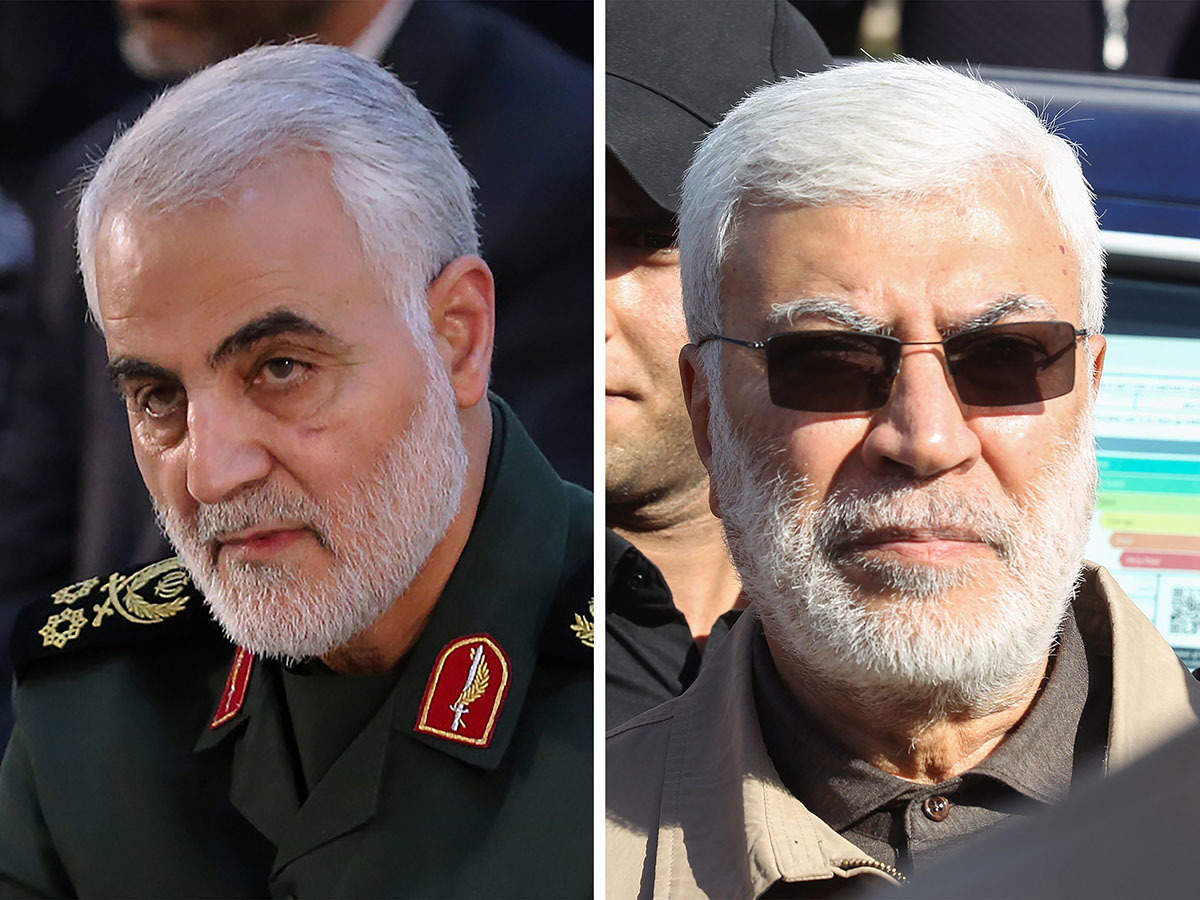 Baghdad, January 6 ,2020 (Haatufonline) – Slain Iranian General Qassem Sulaimani’s plan for staging a coup in Iraq included installing leader of the extreme Shiite militia known as Popular Mobilisation Forces(PMF) Mahdi Almuhandis as country’s new leader.The PMF, an ambrella group for 7 Iran backed Shiite militias,was run by Almuhandis before being killed with Sulaimani in a US drone strike near Bagdad airport on early morning Friday.The PMF has recently become the target of popular protests that swept the Iraq’s largely Shiite south demanding an end to Iranian influence in the country’s affairs.In the light of the widening unrest in the country Iraqi prime minister Adel Almahdi accepted to step down and serve as a care taker government.Shocked by the protests which began in October 2019 and continued until last month,Sulaimani reportedly became densely worried that the protests might develop into a popular uprising that brings down the whole Iraqi regime and ushers in anti-Iran elements into power.Sulaimani’s serious concerns over the future of his country’s dominant role in Iraq prompted him to plot toppling the current Iraqi government.His choice to take the helm was Almuhandis who will be burried along with him tomorrow in Iran.