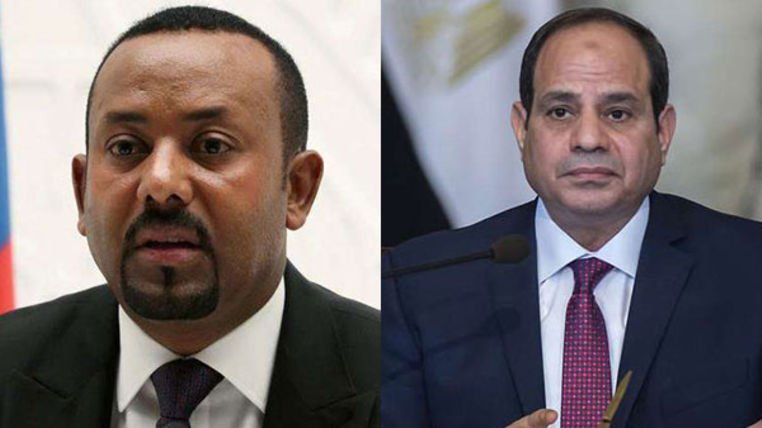 Addis Ababa, July 28, 2020 (Daily Nation) – Ethiopia on Monday warned Egypt to refrain from establishing any military base that would pose a security threat to the East African region.

The reaction comes days after an Egyptian delegation met Somaliland President Musa Bihi Abdi in Hargeisa where the two sides discussed Cairo’s proposal to set up a military facility in the self declared state.

“As a sovereign country, Egypt has a legitimate right to create relationships with any county in the region,” Ethiopia’s Ministry of Foreign Affairs spokesperson, Ambassador Dina Mufti, told the Nation.

However, he adds that Egypt’s relationships should not be established at the expense of another country.

“If Egypt’s intent to have a presence in the region would be a threat to a third country, that won’t be appropriate,” he said.

“In this case, we need to have concrete instances of what’s happening…we hope it won’t be at the expense of Ethiopia or any other neighbouring countries because if so, it will be unlawful, against humanity and international peace and security.”

Ethiopia has a good relationship with most of its neighbours including Somaliland.

Its not yet known if Somaliland has accepted Egypt’s proposal, but the two have reportedly reached an agreement “on exchange of high level representation offices in Hargeisa and Cairo.”

But Amb Mufti rejects speculation that Ethiopia’s visit was due to concerns over Egypt’s plan.

“These are routine schedules aimed to discuss bilateral relations between the countries and it has nothing to do with the Egyptian delegation’s visit to Somaliland.”

Meanwhile, tripartite talks between Ethiopia, Egypt and Sudan failed to reach a final agreement over the Grand Renaissance Dam and its use of the Nile River for filling.

Some observers say Egypt’s interest in gaining a foothold in Eastern Africa has piqued after Ethiopia said it will stick to its plan to fill the mega dam.

Earlier last month, South Sudan rubbished reports that it has agreed to Egypt’s request to build a military base in Pagak, a town bordering Ethiopia.

Last week, Addis Ababa announced that the first phase of filling of the dam was complete, with the government hinting that it will start generating electricity in a few months.

Downstream countries, mainly Egypt, have repeatedly warned Ethiopia against filling the dam before a final deal is reached.